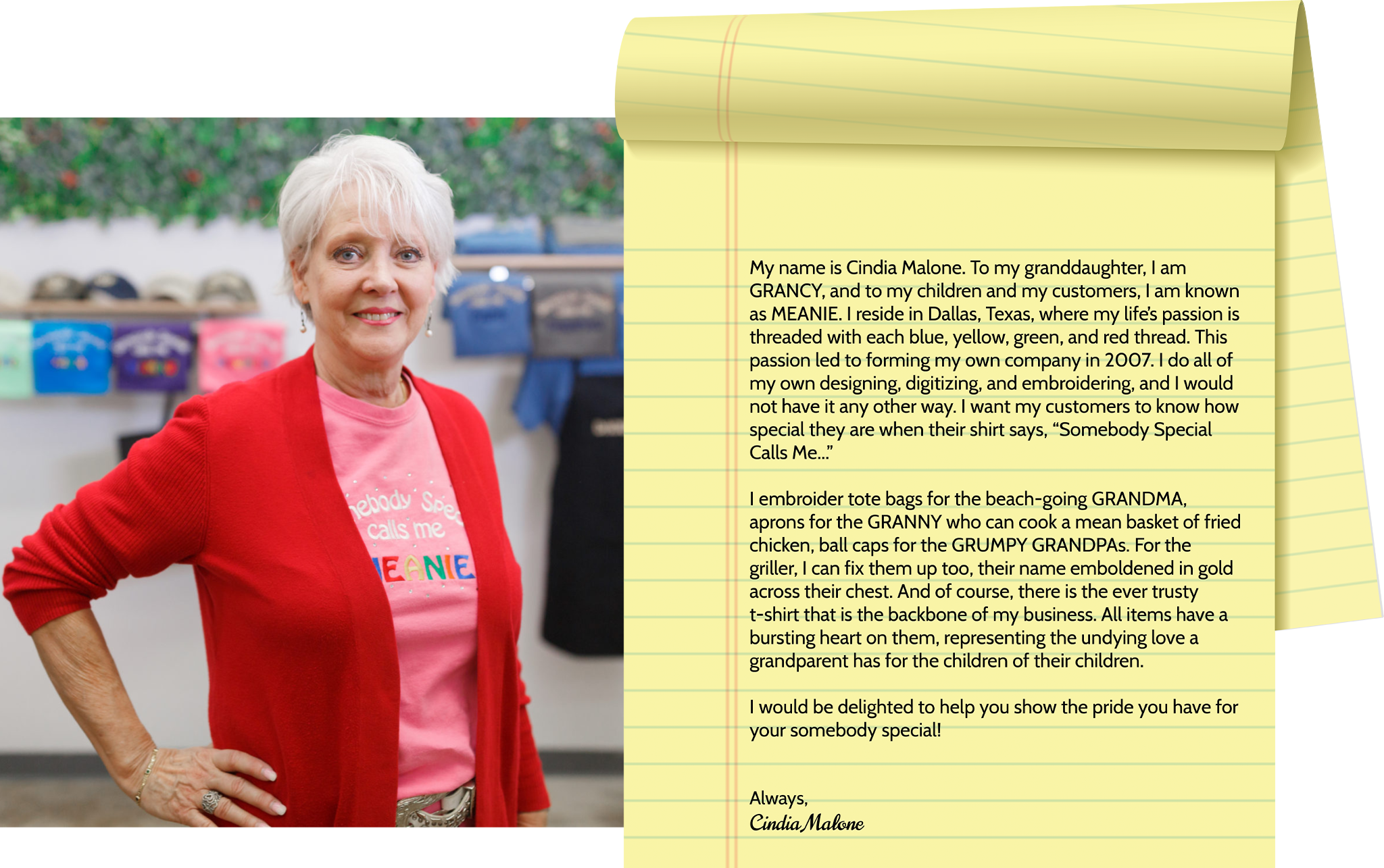 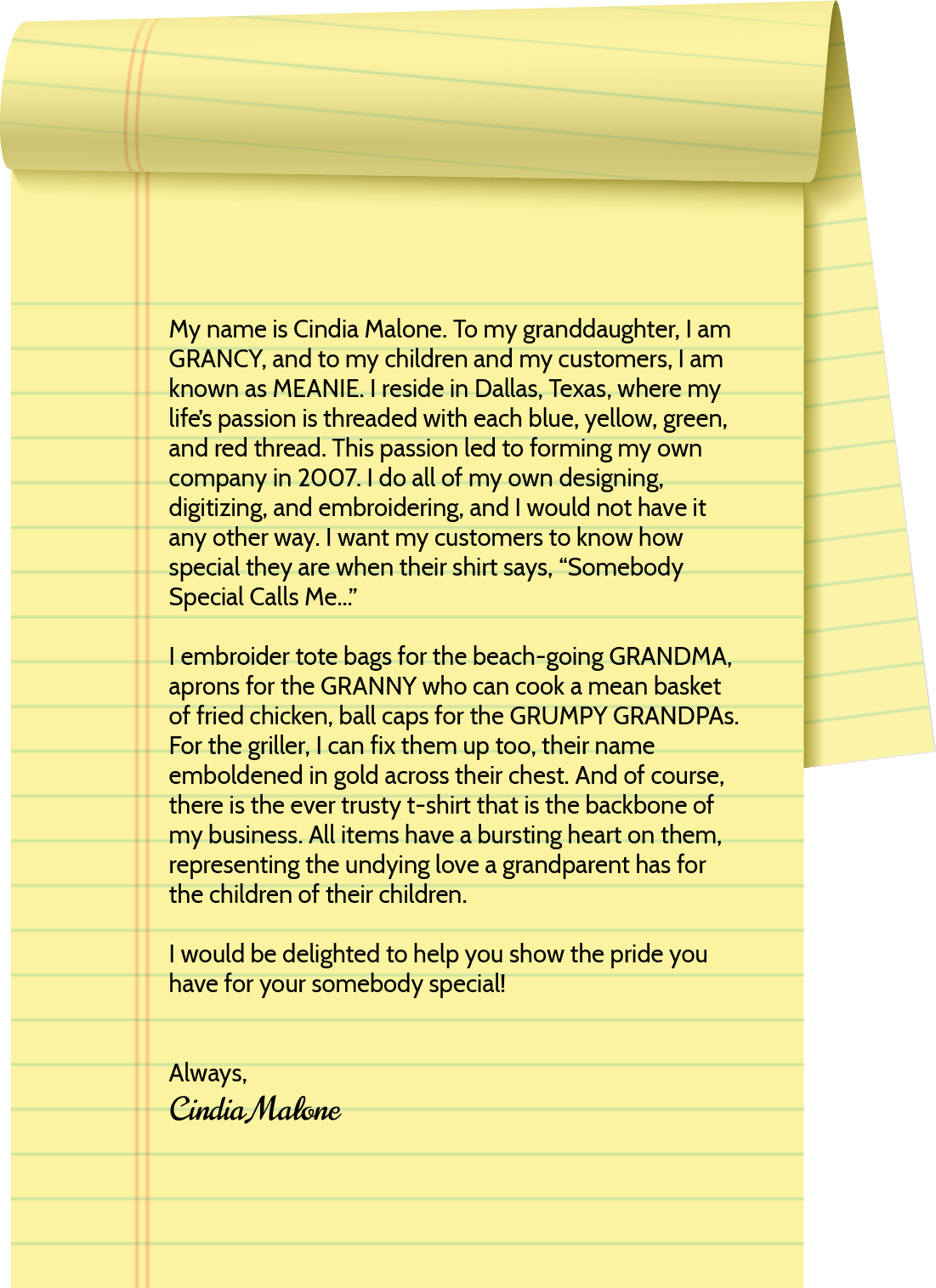 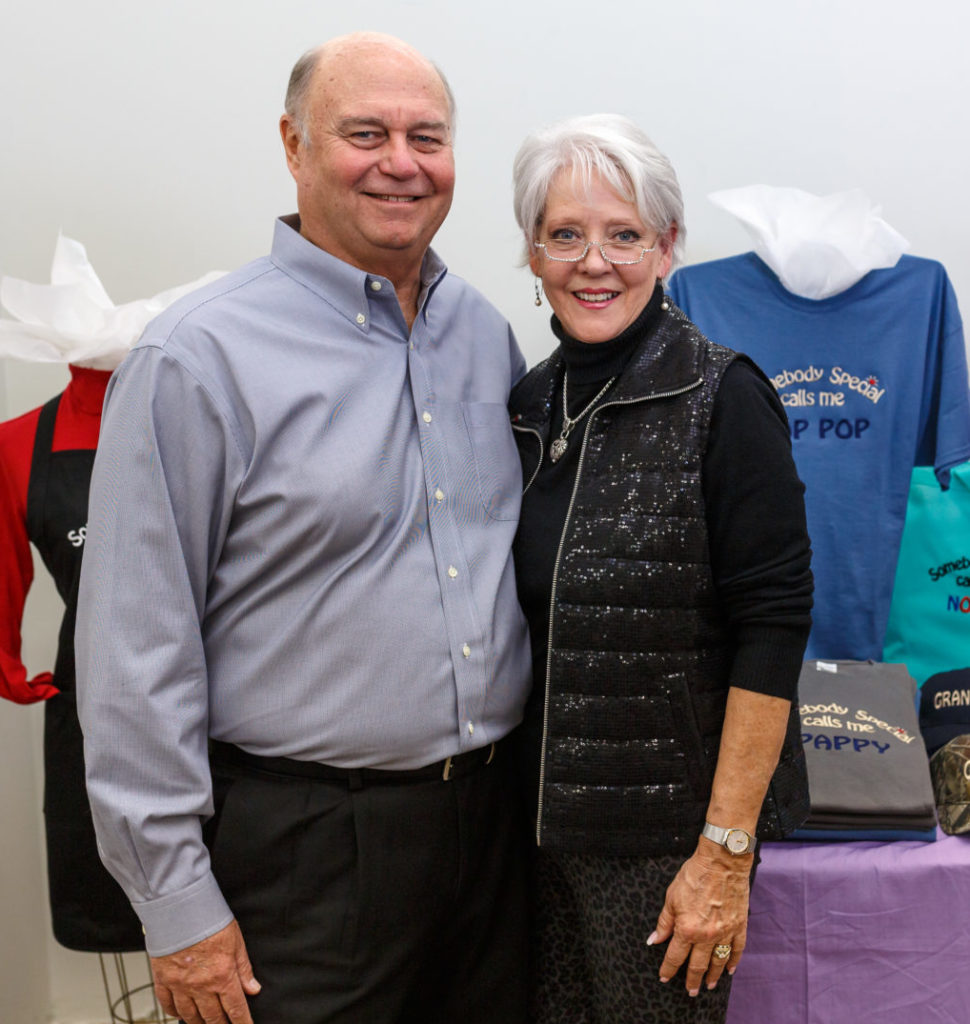 MORE ABOUT THE MALONES!

Cindia was born in Miami, Florida. The daughter of a Navy man and the 2nd youngest of 5 siblings, Cindia grew up traveling from city to city, following her father’s work before settling in Arkansas, where she attended the University of the same name. She is a fiercely independent woman but also generous and caring, especially with her family. As her son and daughter grew older, she decided to seek out an unusual path. With a knack for design and an extensive background in sales, when 2007 came around, she started somebodyspecialcallsme.com, and the rest is history.

Patrick was born in Oklahoma City, Oklahoma to a Navy veteran and an understanding mother. The middle child, with an older sister and younger brother, Patrick moved to Dallas in the 60’s and began working in the family office supply business. After selling the company in 1981, Patrick worked in office furniture and fixture sales up until 2007, when he decided to give his full attention to his wife’s burgeoning business.

Visit Us at An Upcoming Event Near You!